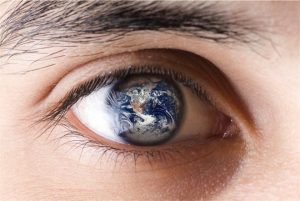 Like the Power-Fear and Innocence-Guilt Colors of Worldview, Honor-Shame is discoverable worldwide; but there are regions where it manifests more prominently than in others.

Depending upon your own cultural upbringing and cross-cultural experience, you may have a more negative or more positive impression about each of the Three Colors of Worldview. If your cultural background reflects one or another worldview predominately, the others may strike you as lacking worth, efficacy, relevance, or even moral virtue.

The Honor-Shame cultural paradigm has been expressing itself globally in a variety of nuanced ways. It goes without saying, but, in an Honor-Shame–oriented culture—honor is key, and the avoidance of shame is crucial in preserving and advancing honor.

Both honor and shame can be positive or negative, depending upon how they are wielded. Anyone can become obsessed with one or the other, willing to do whatever it takes to preserve honor or avoid shame—even if “whatever it takes” is in itself shameful or risks dishonor.

One ongoing dilemma faced by people operating in Honor-Shame environments is the natural tendency to blur the defining lines between intrinsic and extrinsic honor.

Discerning what is or isn’t honorable raises a tremendous consideration—for educators, for executives, for parents—the issue of how to deal with honor. Even those of us who did not grow up with the Honor-Shame cultural worldview would want people to say, “Oh, he’s an honorable person,” or “She’s someone I respect,” etcetera. But you also want to hold to a state of honor, an absolute standard by which you can know whether you are an honorable person—regardless of whether anyone is watching, even when you’re on your own.

Shame, in a rightful proportion, can actually be helpful, but it can also be wrongfully misapplied or overused. When shame is used in appropriate measure—in the business world, in families, in education, in social environments—the desire to avoid shame motivates people to do certain things and to avoid doing certain things. When something goes wrong, appropriately-used shame can lead to people changing poor habits and can prevent the repetition of mistakes.

Sometimes it is necessary to bring shame into the equation, but not to overdo it. You might allow someone to be exposed to a proportionate amount of shame temporarily, in order to effect change and increase their honor for the long term. People who may have messed up, who made a mistake, missed a deadline, or failed to deliver—if they feel some degree of earned shame in the here and now, they will be motivated to improve their performance in the future.

While it is difficult to prove, it would seem that the internal vs. external valuation of honor is true of motivation, as well. Research has shown that if you have intrinsic motivation, if you really desire to accomplish something, if it is something you feel passionate about from the bottom of your heart—then you might say, “I’m just going to do this for the love of it, because it’s my passion” or “because I have a strong conviction about it” or “because I’m called to do this.”

But then, if you were to land a “dream job” where you would start getting paid for what you already loved to do, then, very possibly, that inner drive would begin to fade away. It would be natural to start linking the rewarding idea of fulfilling your passion together with the reward of getting a paycheck—and then eventually the external paycheck could begin to “weigh more” in your list of internal motives. Your intrinsic motivation would begin to translate into extrinsic motivation.

Researchers have concluded that, once you start feeling motivated by external rewards rather than internal desires, whatever intrinsic motivation might have been there originally gets pulled out and becomes extrinsic, because of the reward, the external reward, the money, the bonus, the thing that you get as a result of doing something. The focus shifts from valuing inner, unseen priorities to valuing outward, visible, and tangible rewards instead.

In today’s world, where we have access to nearly every conceivable piece of information about any possible thing, we can easily digress into a materialistic outlook on life. The media is bombarding us all of the time with commercial advertising and propaganda that reinforces this idea that if you have something, you will be somebody. When you listen to parents that try to parent their children in an Honor-Shame–oriented society, they admit (if they are honest), that materialism can become a real issue.

KnowledgeWorkx is based in the UAE, which is characterized predominately by an Honor-Shame–oriented cultural worldview. This shift in focus from inward to outward honor, and inward to outward motivation is clear in the struggle of young people to fight the temptation of materialism. There is the pull of “stuff,” with stuff representing honor. There is an unintentional, unconscious mindset that confuses honor itself with the material things that are presupposed to accompany honorable people—again, that idea that if you have something, you must really be someone.

It is a real challenge, and evident in the way young people handle debt. Debt is an outward expression of inwardly wanting stuff that you cannot actually afford—whether it is that beauty treatment, an extra expensive car, a certain wardrobe, that dream house, that dream holiday, that plastic surgery. So, debt—especially among the affluent younger generations—debt seems to serve their purposes in manipulating how people will regard them. In other words, I go into debt to buy particular stuff so that people will perceive me as the person I want them to perceive—an honorable, important, influential person.

In many areas of the world, debt is viewed as negative and even shameful, but not so in other areas, or at least not among other demographics in which this mental shift (from intrinsically-valuable honor and internal motivation to extrinsically-valued honor and external motivation) has become the societal norm. Surveys reveal that in an Honor-Shame–oriented environment, especially younger people do not believe going into debt is problematic, because debt “serves” them in their efforts to appear honorable.

Another noteworthy trend is that, as soon as that shift occurs, it becomes exponentially more difficult to reverse it. Once intrinsically-valuable honor and internal motivation go “outside,” it is almost impossible to “put them back in.” Likewise, the same battle is true in an Honor-Shame society or family or business. While honor is still valued and cultivated from inside of the person, that person can be sure he or she is an honorable person, as evidenced by thoughts, words, and actions. But as soon as that mindset shifts, as soon as the focal priority becomes something external—it is difficult to find absolute assurance and confidence that one is indeed honorable, or not. Honor then becomes dependent upon people’s perceptions, and perceptions take over. It requires an enormous amount of energy (and in some cases, massive amounts of cash or elaborate displays of energy) to make other people believe that you are an honorable person, and to maintain that perception long-term.

Achieving and maintaining that kind of “honor” can spiral down into a very destructive lifestyle—not just manifesting in financially destructive patterns (like debt), but also destructive emotional and physical habits, and destructive patterns of interacting in relationships. As soon as honor is gauged by external standards, it degenerates into a performance-based, perceptions-based competition instead of a healthy regard for others and mutual respect for everyone’s giftings, character, and heritage.

With children, it must be possible to cultivate a sense of honor that is inherently valuable. It is needful and feasible for children to know—in their words, thoughts, and actions—that they are indeed honorable. If they are thinking honorably, they regard people around them with honor, whether they are people of influence or authority, whether they are friends, or even people they may not necessarily like. If they hold other people in high esteem and their thoughts toward others are honorable, it will carry over and be evident in the ways they speak and act toward others, too.

For parents aiming to create that kind of culture at home, and of course, that same culture in a classroom, in a business team, an organizational team, in a corporation, a large company or a government department—that same battle is not an easy one, but to use the 3 Colors of Worldview as a way to have that conversation, and to put very practical action into play, is incredibly helpful and can clarify a lot of the underlying issues with which we wrestle.