To be effective, workplace coaching must engage three critical aspects of personal development. 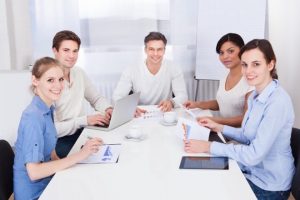 Coaching in the workplace must engage three sides of personal development in order to effectively address behavior and create meaningful and lasting change: the personality, the emotions, and culture.

Each of these three facets plays an inter-related part in forming our behavior and habits in the workplace. Change will involve all three areas, too.

When we coach or facilitate workshops, we are constantly thinking about these three important areas of personal and team development, and how they inform our facilitation and communication.

A lot of workplace coaching deals with the first two areas, but little coaching effectively engages Culture. This is because the underlying paradigms or worldviews which determine the expression of culture are not widely appreciated nor understood.

In this introductory article about facilitation and communication in the context of coaching, we introduce the three areas of engagement. Later articles in this series will unpack them, and go into specific examples and case studies; as well as suggesting potential content and methods for you to use as you communicate in today’s global and inter-culturally complex world.

Much of our behavior is driven by personality. This is true for individual employees attending workshops, and it’s true for coaches and facilitators alike. We often use the DiSC profile to help people better understand what’s going on in the workplace or workshop, and what’s going on with themselves.

The second filter is the emotional filter. Understanding emotional intelligence as a facilitator is incredibly important. What do you do with emotions and the display of emotions? What’s acceptable in certain cultures when it comes to emotions? An effective coach or facilitator needs to help others channel emotions, both positive and negative.

The third area that’s important to engage is the cultural area. In multi-cultural and multi-national organizations and teams, the cultural side of behavior often leads to very complex inter-cultural interactions and challenges.

Not only must coaches understand how culture shapes the behavior, motivations and attitudes of individuals within the group; but coaches and facilitators must also make tactical decisions regarding inter-cultural considerations — such as things that would positively impact the group dynamics within the workshop.