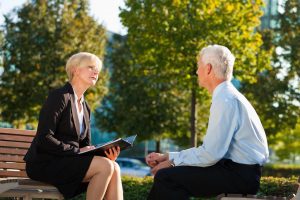 Misalignment causes teams to underperform, and its roots are not always easy to discern.

A lack of trust prevents alignment

Linda Berlot is a Professional Certified Coach (PCC) who has gained accreditation from the International Coach Federation (ICF). Her specific role is that of Team’s Performance Coach, and she coaches intercultural teams of all kinds, all over the world. As a CRR Global faculty member, she also trains others to become relationship or team coaches. Linda specializes in helping organizations align their inter-cultural leadership teams into close-knit, more aligned teams. The goal is a team of insightful members who value one another and play to each other’s strengths.

Everyone is relational, even at work

When Linda is called in to help misaligned teams, she finds that poor communication and clashes of culture always play a significant part in most team issues. For years, Linda has used the Organization and Relationships Systems Coaching (ORSC) Model as part of her methodology to help teams build empathetic understanding, trust and alignment.

By looking at issues in terms of inter-team relationships (rather than citizenship or ethnicity, for example), the insights that Linda is able to bring to light for a team are quite surprising. “We don’t live on an Island; everything is about relationships.” Even before any real coaching takes place, just the sharing of some insights exposes the roots of some of the perceived issues; and that in itself moves the team forward in their dynamics and effectiveness.

In intercultural situations, however, understanding between team members is often difficult to achieve. Increasing understanding requires a framework and a vocabulary that make it possible to explore differences in various aspects of team life, such as decision-making.

Linda received Inter-Cultural Intelligence (ICI) Certification from KnowledgeWorkx, and she now uses the ICI Model to help teams explore and understand the differences that lie at the root of misalignment. ICI provides a proven framework and vocabulary for alignment in intercultural contexts.

As an experienced practitioner of both models, Linda finds ORSC and ICI complementary and effective when used in conjunction. In particular, Linda views two ICI tools as indispensable additions to her coaching toolbox: the Three Colors of Worldview, and the 12 Dimensions of Culture. Linda says that she can see the worldviews and dimensions playing out in front of her in each group that she coaches, because these powerful tools are constantly in the back of her mind.

Creating a culture map for the whole team

A team culture map lays the foundation for understanding and positive change. For example, one team that Linda coached was fairly homogenous in terms of nationality, with the single exception of one expatriate.

When she displayed the team’s Group Map for the 12 Dimensions, the whole team could note their spectrum of similarities and dissimilarities along the different dimensions. Along several dimensions there was a notable outlier to the groupings. Everyone in the room (except Linda) immediately assumed this outlier to be the expatriate, and it was clear that the team had always been operating under that kind of assumption.

But Linda revealed the outlier to be another team member, and as their understanding of themselves and each other grew it became evident to the team that unspoken assumptions — like who the outlier was — were the source of many perceived issues and conflicts within their team. The team began to align.

Sharing these insights, exposing and identifying the assumptions, and the subsequent coaching, drew the team together. The team began to understand that unique and personal influences form much of our culture as individuals; and that allowing various stereotypes or assumptions to exist within the team only hides the real issues that cause misalignment.

When team members begin to communicate with each other, and when their knowledge of themselves and their sympathetic understanding of each other begins to grow, trust can flourish between them. A cultural map with insights into team dynamics provides a team with even more knowledge, motivation and resources for alignment. They develop a sense of belonging and shared purpose within the team. Everyone wants to belong to a thriving team with that kind of alignment, and Linda Berlot has discovered the mix of tools and competencies that can take teams there. She is a great example of an inter-culturally intelligent coach.