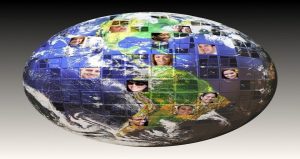 In computer displays, millions of colors are created by mixing only three primary colors: Red, Green, and Blue. In a similar way, every culture can be evaluated as a mix of Honor-Shame, Guilt-Innocence, and Power-Fear worldviews.

The Three Colors of Worldview can be visualized as three colored lenses – formed of the basic beliefs and assumptions underlying behavior and culture. People take in the world and make decisions on how to act through the filter of these lenses. For example, is being seen as honorable more important than being seen as right? Or is maintaining positional power more important than being shamed?

To communicate effectively in a cross-cultural situation, you need to know what mix of lenses you have on in the way you see the world, and how to evaluate the lenses of the people with whom you are communicating. These are what we look at first when we encounter a new situation, as they influence so many other cultural factors.

The Lenses Through Which You View The World

In a Guilt/Innocence focused culture, schools focus on deductive reasoning, cause and effect, good questions, and process. Issues are often seen as black and white. Written contracts are paramount. Communication is direct, and can be blunt.

Societies with a predominantly Honor-Shame worldview teach children to make honorable choices according to the situations they find themselves in. Communication, interpersonal interaction, and business dealings are very relationship-driven, with every interaction having an effect on the honor-shame status of the participants.

Societies with a predominantly Power-Fear worldview raise children to assess where they fit into the pecking order of every situation they are in, and behave accordingly. As they grow up, they learn how to align themselves with the right people to gain more power.

How the Three Worldviews Interact

In societies that see things primarily through a Guilt-Innocence lens, what is “honorable” is whatever follows the letter and spirit of the law. People from this culture can find it hard to understand the diverse range of things that can fall under honor and shame in other cultures.

Honor-Shame societies can find it difficult to correctly interpret the actions of people from Guilt-Innocence societies, who often display behaviors that bring shame to themselves or to their colleagues without realizing that they have done so.

Power-Fear is a natural part of many hierarchies, and is often found in large organizations, particularly the military and large corporations. Societies with strong Power-Fear worldviews are usually led by strong authority figures, and very hierarchical. In these societies or organizations, people may maintain power through instilling fear in others.

Each of the cultural lenses have positives and negatives, and all of them are present in some mixture in every culture. They represent the basic beliefs which undergird people’s norms and values in relationship. If you want to see a different cut through those beliefs and values in the way these play out in everyday life – take a look the 12 Dimensions of Culture.

Using the Three Colors of Worldview

We find the Three Colors of Worldview to be a useful starting point when analyzing intercultural situations. They are easy to remember, and they provide an easy and flexible framework through which to understand what is going on in the world around you.