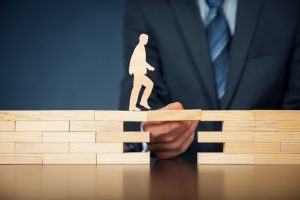 Culturally insular politics and an international talent gap are growing in tandem. We need educators and executives who can equip people for the global talent hunt.

8.5 trillion dollars. According to a recent Korn Ferry report, that is the total GDP that could be lost worldwide by 2030 because of global talent deficits.

The report, entitled “Future of Work: The Global Talent Crunch“, assesses that a number of major world economies will be short millions of skilled workers in 2020.

After that, things get worse.

By 2030, large deficits are projected throughout most of the G20, especially in financial & business services, technology, media and telecommunications (TMT), and manufacturing.

Some countries are projected to have up to a 12% talent shortfall in highly skilled labor, with significant economic consequences. The figure of 8.5 trillion dollars is 8-10% of projected global GDP in 2030; lost if we do not find ways to get the right talent to the right places.

The only country projected to have a surplus when it comes to talent in 2030 is India. But the type of surplus is not likely to be high-skilled. It is probably going to be mid-range and lower-range talent, unless India can find a way to upskill more workers.

Why the Talent Shortfall?

The global talent gap has to do with a lot of things, but a key factor is birth rates. A few months ago, the BBC called attention to dropping birth and death rates around the world.

In 2017, the worldwide fertility rate dropped to an average of 2.4 babies per woman. That is the closest it has ever been to 2.1, the cutoff for population shrinkage.

Half the world’s nations are already below that, including most of Europe, the U.S., South Korea, Japan, China and Australia. Many nations are not producing enough babies to keep up with future labor demands.

Also contributing to the problem – countries where the fertility rate is more than 2.1 typically are not able to school children up to a high university level. So they cannot take advantage of unfilled high-end jobs in other places.

Jobs are taken over every year by the growing capabilities of artificial intelligence and machine learning. Digital systems that connect the globe are expanding the need for technical skills, and altering the nature of many career fields.

It has been estimated that of 3.3 billion employees worldwide, 1.3 billion now regularly interact at work with people in other countries, while still living in the country of their birth or passport.

This is happening in the hospitality industry, agriculture, manufacturing, and the medical industry. Retail has gone online, bringing us into contact with customers and suppliers all over the world. The shared services industry is also growing rapidly.

Three reports we looked at recently – from Korn Ferry, Mercer and LinkedIn – all indicate that people think shared services consolidation is a huge money saver. So researchers predict the “working from home for the world” labor force will continue to grow.

Companies from all across the world are also buying themselves into expanding markets, looking for ways to diversify their cash flow and boost revenues. Most of the time it is Mergers & Acquisition (M&A), and cross-border M&A are on the rise again.

But many companies are also trying to penetrate new markets on their own strength. “Old money” from North America and Europe is still playing a major role, and there is a lot of fresh money out of Asia.

We see new global players that were never there in the past, that have cash and are investing in different industries, expanding their global reach fast.

China is leading the way. One of many places we see them investing is in agriculture and food security throughout Africa. But other countries, smaller players from Southeast Asia, are also starting to enter the game. You can find many new players buying themselves into the financial services industries, military industries, aviation, automotive, hospitality, medical and communications.

So there is this massive trend of business going international, and that is a good environment for addressing talent deficits worldwide. But at the same time, people are also becoming unnerved by it all. We see nationalism on the rise.

In many countries people are saying, “The world is too scary. The world is coming to us and we are struggling with jobs and education and safety and all kinds of other issues. We want our country to just be for ‘our people.’”

One of the biggest stories right now is the Chinese company Huawei, the ex-military telecommunications company that is getting themselves in stormy water all around the globe, because people are scared of the rapid expansion.

In Europe, the move toward protectionism is led by countries like Hungary, Austria, Switzerland, and Denmark. Austria just escaped a majority vote for the extreme right, with just one-and-a-half percent between them and the more moderate party that won.

There is Jair in Brazil, Modi in India, Trump in the U.S., Xi in China, Duterte in the Philippines, Putin in Russia, and the government of Myanmar with a Nobel Peace Prize-winning de facto president; all of whom are pushing an “Our Country First” agenda.

Borders are being locked down and there has been a rise in protectionistic legislation. In 2017 and 2018 there was a significant spike in border closing legislation, making it difficult for labor and intellectual property to flow. Local goods are being protected, and international goods tariffed to the roof so they cannot move.

This environment does not promote the cultural learning and agility needed for highly-skilled workers to contribute around the globe.

What is happening globally is worrisome from an even broader vantage point, because when it comes to world history, when we see nationalism and protectionistic movements on the rise it has typically led to more world conflict, not less.

Who is passing those trade restrictive measures and pieces of legislation? The countries leading the way right now are the United States and India and Russia to a certain extent, and a number of European countries, as well as Argentina and Brazil and Indonesia.

Governments would do well to mind the pendulum swing. Frederic Bastiat summarized the danger of protectionism centuries ago with this well-known principle: “When goods cannot cross borders, armies will.”

In the meantime, people are still moving internationally. Data from the UN tells us that in 2017, 257 million people lived in a country they were not born in.

We are presently at a 5-10% growth rate yearly, and the rate has been slowly accelerating. The number of people living abroad is expected to reach 277 million by next year.

In today’s tumultuous world, that includes displaced people. But it also reflects a widespread ability to pay for transportation, and enough knowledge about the world and motivation for workers to get from point A to point B.

This motivation is especially true of younger generations. Research from Price-Waterhouse Cooper points out that students who are currently in college or university want to work globally.

According to the study, 71% of Millennials across the world say they are interested in working outside their home country during their career. And in the last ten years, the number of females in particular who say that has doubled.

That means there are literally millions of graduates ready to move and explore opportunities outside their country of birth! And that is good news when we look at the global challenges we are facing in regard to skill deficits.

All of this has led to a global war on talent on many fronts.

Are You Equipped for the War on Talent?

As labor and skills and talent move around the globe, there is an ongoing cultural challenge of having to work and adapt to people who are not culturally the same as you.

Having people willing and able to shift countries is a start. But do workers have the skills they need to succeed?

Are workers equipped to interact with teammates from other cultures? Are corporations set up to receive them well?

We need better clarity and depth in our thinking about globalization, diversity, and intercultural teams and workforces. Simple approaches and hand-waving over cultural differences leads to misunderstandings and simmering tension – sometimes even leading to destructive conflict.

If we are not careful, especially in the current political climate, we could sabotage the very solutions we need to overcome the world’s growing talent deficit crisis.

Can we survive the tensions of mass global migrations, connectedness and dependency without the pendulum swinging the other way into destructive conflict?

We must learn to work with those who have profoundly different cultural viewpoints.