From the Innate to the Intellectual: An Inter-Cultural Intelligence Practitioner’s Story 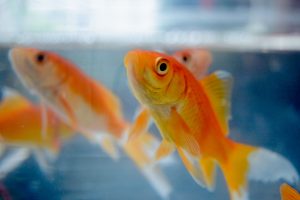 From the first story we heard Chris tell, we knew that he fit with the work that we do. He took KnowledgeWorkx’ ICI framework and wove it into his already rich experience and training. That is why we are so excited that Chris has partnered with KnowledgeWorkx Education to offer workshops on topics ranging from ‘Conflict Resolution for TCKs’ to ‘Transition and Change Management.’

In intercultural conversations we often talk about the proverbial ‘fish in water’ to describe culture. In this instance the water is culture… and Christopher O’Shaughnessy is the fish – because culture is woven into his DNA. His parents’ unique intercultural backgrounds, his time growing up between the UK and the US, and his many adventures while speaking around the world, feature in the stories he shares with his global audience. All the while, in humorous and uplifting ways, he educates them about cross-cultural skills, Third Culture Kids, identity, belonging, and change management.

It was while he was in college that Chris first found language to describe his experience when a speaker defined “TCKs” (Third Culture Kids) as people that spent a significant portion of their developmental years outside their parents’ home culture. He went on to share that because of the transient nature of their upbringing, TCKs struggle with things like conflict resolution and a sense of rootlessness. Unfortunately, the focus was overwhelmingly on the negative aspects of being a TCK. Chris remembers, “It was a very odd feeling because it was true… and I ended up thinking, ‘Wow! It’s like I’ve just been diagnosed with this terminal TCK disease.’”

From the Innate to the Intellectual

That experience spurred Chris on to discover and share the strengths of the TCK experience. He began speaking about culture and community development internationally at schools, military bases, and other organizations. Chris connected with KnowledgeWorkx through one of those speaking engagements. KnowledgeWorkx’ tools were a game changer because suddenly he had a “language and framework to describe intercultural concepts” that he understood intuitively as a TCK.

Describing the experience of getting certified in ICI, he said, “Amongst the cohort there are so many ‘aha’ moments where you learn something through KnowledgeWorkx training that helps you process intellectually what you have already known and experienced intuitively. That is so important because if we can learn to process intellectually what we feel intuitively, then we can externalize it, share it, hone it, harness it, and grow it.”

As Chris applied ICI in his work speaking to and working with TCK’s around the world, he found that KnowledgeWorkx’ model of self-cultural analysis is particularly helpful with TCKs. When TCKs understand their own unique cultural wiring, it helps them understand why they are different from others. Understanding not just the specific cultural differences but also peoples’ different motivation, grows empathy. As Chris said, “It helps you find the motivation for why people do what they do, and that keeps you from reacting purely based on what initially confronts you through your own lens.”

Recently, Chris and KnowledgeWorkx Education have teamed up to offer a series of workshops for TCKs on topics ranging from ‘Conflict Resolution for TCKs’ to ‘Transition and Change Management.’ Chris, the fish (a natural when it comes to culture), who has been living and working in intercultural spaces for most of his life has made his excellent material even more powerful by incorporating the vocabulary and framework of KnowledgeWorkx.

Currently, Chris is living between the US, Brussels, and Dubai. You might see him speaking anywhere around the world about TCK identity, loneliness, and community building.