12 Dimensions of Culture in Traffic 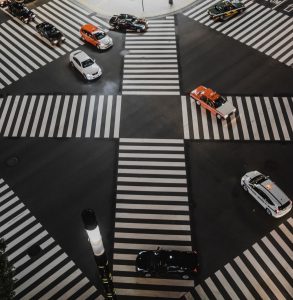 Thinking ahead is almost always a good idea, but in multicultural environments, thinking ahead can get us into trouble when we assume that people will act a certain way – and then they don’t. This is especially true when driving in multicultural environments. If you develop intercultural awareness and use it to help you predict outcomes, it will grow your awareness of other drivers and your surroundings. This will help you think ahead accurately, to practice safe driving. By using intercultural awareness and other tools, I have been able to navigate dangerous driving situations safely. In the last article, we talked about lane changes and the Three Colors of Worldview. In this one, we will discuss a few ways in which the 12 Dimensions of Culture play out in traffic.

In South Africa, it is easy to get angry at taxi drivers because of their high-speed weaving through traffic. These taxis are often small mini vans that drive crazily through traffic — often causing car accidents. These drivers are Power/Fear oriented and have a strong sense of community accountability. This means they rely on their community to verify whether behavior is right or wrong. So, they often slow down on the road to exchange pleasantries with each other since they are all familiar with one another. When Innocence/Guilt drivers are impacted by this violation of the rules of the road, things can get heated. I/G drivers are often individual accountability oriented so they get frustrated, because in their minds the taxi drivers should move aside so that others can pass. The community accountability-oriented drivers around them couldn’t care less and have no idea why the individual accountability-oriented drivers are frustrated with them. By becoming aware of the 12 Dimensions of Culture at play in situations like this, we can recognize why we might be feeling frustrated while driving, and find ways to adapt.

Directed vs. Directive Destiny in Cairo

Directed or directive destiny orientation deeply affects a driver’s behavior. If I am directive destiny-oriented, then the assumption is that I am in control of planning and executing my destiny — I am in control. If I am directed destiny-oriented, then I assume that the future is out of my hands and “what will be, will be”. In driving classes, the instructor is often directive destiny-oriented. This enables them to learn how to look ahead and think fast while driving on the road. Directive destiny driving instructors place emphasis on awareness and predictive thinking — they want you to do things like checking your mirror and blind spots. Those who learn this way often think farther ahead as they drive. They practice “defensive driving,” where they try to stay mindful of all the intentions around them.
On the other hand, a directed destiny driver’s actions are triggered by their environment – they will make decisions at the last moment and go with the flow more easily than a directive destiny driver would. In Cairo, everything in traffic is contextual and is conducted in a directed destiny way, and it is an Honor/Shame (H/S) culture. So, everyone goes with the flow and is at ease with last minute decisions because they are all functioning under the same assumptions. This can cause lots of stress to I/G and directive destiny drivers. I/G and directive destiny are not exclusive, but they are often connected. If someone with both of these aspects is driving in Cairo, they are faced with a vastly different situation than they are used to at home. The last-minute driving decisions in Cairo, throw I/G and directive destiny drivers off their normal rhythm. Driving often becomes incredibly taxing for them because of this. Unless they recognize what is causing that stress, it can lead to a significant amount of frustration.

Relationship vs. Rules Decision Making in the UAE

Another one of the 12 Dimensions of Culture that comes up often is decision making. Rules–based decision making is reflected in certain culture’s driving, but 2/3 of the world makes decisions based on relationships. If somebody is relationship-based in their thinking, their driving will depend on who they are interacting with on the road. Sometimes, the authorities that would be obeyed in rules-based societies are ignored in a relationship-based one. In the UAE, a classic example of this is when an ambulance is in the fast lane trying to pass through thick traffic, but the traffic barely moves aside. The ambulance driver is not seen as a source of authority, so he is not obeyed. However, as soon as a police car comes along, traffic begins to part for the ambulance because a police car is seen as a source of authority and carries high respect. Anyone driving in the UAE can see this come into play. For example, when there was a police officer standing under a large interchange, everyone behaved — until we got 5 kilometers out. There a car passed me from the emergency lane, behind the yellow lines! This is a normal example of an “out of sight, out of mind” attitude that can exist with relationship-based decision making.
Analyzing traffic in global cities is an educational and genuinely fun way to learn about intercultural concepts. I know it has helped me improve my driving and made me a safer and better-informed driver. Whether you live in or are visiting a global area, this will benefit you. The Three Colors and 12 Dimensions are everywhere – analyzing traffic will help you to become more aware and more present. Happy analyzing and safe driving!
Read Part1 and Part 2 here.
If you want to develop your own cultural agility in every area of your life, get certified in Inter-Cultural Intelligence today.