The Business Case against Polarization

Have you noticed that in our global, connected, collaborative world we are getting more and more polarized? 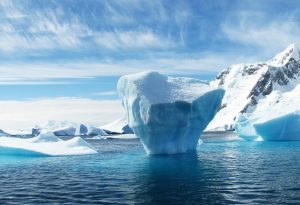 We seem to be caught between two opposing forces:
Everywhere I go I see a growing desire to work together, build bridges, develop what we call “collaborative, cooperative and communicative advantage”.
BUT: on the other hand, I see polarization, willfully communicated single stories, fear of ‘the other’, unwillingness to listen and plain stupidity!
Could there be a compelling business case to equip people to stop polarization in our families, our neighborhoods, cities, schools, religious institutions, companies, governments?
Recently an Inter-Cultural Intelligence practitioner came into our office. He told us how he joined his organization because of its open environment full of trust and collaboration. He shared how that trust slowly eroded to the point where he was now leaving. The organization became so toxic and polarized that he couldn’t continue.
Unfortunately, those stories are all too common. Companies allow their culture of trust to degrade to the point that the best workers and healthiest team members leave.
We have found that one of the key elements that drives the degradation of that trust is polarization. In essence polarization is driven by an attitude that is composed of several behaviors:
As we studied the above “Cultural Critic” behaviors in a variety of organizations and corporations, we saw a pattern of (not so pretty) results:
So, back to my question: “Is there a business case to fight polarization?”
When businesses equip their people with the skills they need to work together in the midst of differences, the organization can benefit from that diversity of thought, creating greater innovation, creativity, and problem solving. A multiplicity of perspectives has space to flourish.
To work together in the midst of differences, we need to be cultural learners.
A cultural learner attitude is characterized by:
As we studied these behaviors, we saw that they led to a culture where:
Recently, I saw a beautiful example of this where the cultural learner mindset allowed a team that was formed entirely virtually to create a thriving third cultural space.
The team came from 6 countries in Africa and they had never met face to face. It was put together in the height of Covid, and yet still developed a beautiful environment of trust because of their desire to invest in each other and learn, grow and collaborate.
This allowed them to be one of the highest scoring teams in the yearly employee engagement survey. Despite the perceived disadvantage of forming totally virtually during Covid they were a delight to work with because they all had a deep desire to understand different perspectives and create space for other people’s opinions.

“The world we live in is not so much about competitive advantage but more about collaborative, cooperative and communicative advantage.”

If you want to develop your own ICI capacity to train, consult and coach using the ICI framework: Join our next ICI Certification
Quickly becoming the global preferred choice for Inter-Cultural Intelligence development, KnowledgeWorkx promotes mutual understanding of other cultures and perspectives in the workplace, and helps teams to develop the intercultural capacity necessary to thrive in a globalized world.