Defining values and value behaviors that resonate across cultures 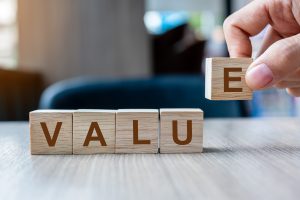 When we don’t interculturally validate our company values and associated behaviors, we are setting ourselves up for failure.

Companies have traditionally used Mission, Vision, Values (MVV) to define who they are: Typically, a one-pager, sometimes the proverbial poster on the wall, a section in the back of a brochure, and a page under the ‘About Us’ section on the website.
Some have been creative with language and use words and phrases like Purpose, Who we are, How we roll, The Way we do things.
It is important to define who you are, what you want to be famous for, and the impact you want to have in the world.
People have assumed that because values are so important, they need to have them, and they need to have a definition to explain the meaning of their value words.
Unfortunately, crafting values and value definitions is often done by a small group of decision-makers in the company, or is sometimes even outsourced to people in the marketing space.
If the work is outsourced, a small group of decision-makers in the company will vet what the branding team has come up with. If it is done by an internal team, it often results in the crafting of values and value definitions being done by the people on the team who have English as their first language, who will likely have similar cultural preferences. As a result, the values and definitions are not representative of the current and future diversity of the organization. Here are some of the ensuing challenges:

There are several arguments against even going through the exercise of specifying the values of an organization: Since most values and their definitions are ambiguous and unhelpful, should we stop wasting time, effort and money on them? Some argue that many companies use value words that are superfluous. For example, using the word ‘Ethical’ as one of the value words: They argue that successful organizations should already behave that way, since being ethical is the best long-term way to run an organization. And of course, ‘Teamwork’ is essential to create high engagement and develop High Performing Teams. So why should they even be mentioned as ‘the values of our organization’? One of the most important and challenging words in the land of values is Integrity. It is an ambiguous word which can be interpreted in so many different ways and yet, close to 90% of multinationals reference ethical behavior or use ‘integrity’ as one of their value words.

2. The example of Integrity

When you look at the word integrity from a cultural point of view there are a wide spectrum of culturally endorsed behaviors. Is it any wonder that making the word ‘integrity’ part of your value-one-pager doesn’t help you avoid corruption, fraud, bribery, and client relationship issues…? There are many examples of cultural clashes around the word Integrity. Here are a few examples.
In many cultures, it is normal and acceptable that a company invest money in meals or gifts for existing or future clients and even for clients’ family members, especially during special (religious) holidays or festivals.
One of our clients who worked in a tribal area on an oil & gas project, found out that offering the tribal leader a cow was the best way to say ‘thank you’ for his collaboration on the project. But it was a bit of a challenge to explain the expense of a cow to their finance colleagues at headquarters!
In some cultures, you give money to people before they start the work and in others, you give money to people after they complete the work.
So, is it considered a bribe if an official at a government office (who works three jobs because his government salary doesn’t allow him to provide enough for his family), asks for some extra money to get the work done before the end of the day? In some cultures, they have a formal mechanism for that; it’s called an expediting fee… The one is more informal, the other is formal and documented. In some cultures, you pay a ‘tip’ before the work starts (to encourage somebody to do a good job), in other cultures you pay a tip after good work has been done (the person receiving the tip does a good job in the hope that it will result in a tip). In other cultures, it is considered shameful to offer a tip because it is the honor of the worker to do an excellent job, and this is enough of a reward! In that situation, giving a tip would be seen as saying: “Let me give you some extra money so that next time you will do a better job…” In other words, using a common definition of integrity: “Employees consistently act in an honest and ethical manner”, is not going to be enough of a guide to know what is acceptable/permissible and what is not. When a company defines their values, these need to be an interculturally validated set of behaviors.

3. How to move forward

“Organizational Culture is the sum-total of the expression of the thinking, speaking and acting of its contributors”.

First, the ambiguity around values and value definitions needs to be removed
Let’s look at a few examples.
An organization claims that “Customer service is at the center of everything we do.” If this is not fleshed out in explicit behaviors that are nurtured and developed, it will mean that each person will have to use their own interpretation of this.
In retail, I have seen two extremes when it comes to how staff interpret this: either the staff member follows you around the store at 3 meters distance to be ready to answer your every question. Or the staff assume your freedom to roam is most important to you and you will come and find them if you have any questions or want to go ahead with the purchase. 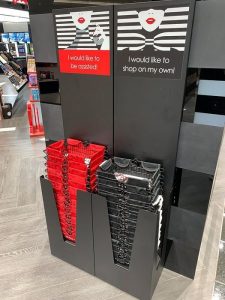 Sephora luxury retailer creatively tried to solve this issue by having customers pick up a red (assist me) or a black (leave me alone) shopping basket as they entered the store.
In another example, retail staff would give discounts to their regular customers or people they knew well because they assumed that the strength of relationship required it. As a result, the profitability of repeat customers dropped as discounts went up!
In an international case involving one of the top auditing firms, employees of the auditing firm felt pressurized to look the other way in financial reporting to maintain a long-term customer relationship because of the threat of losing the customer.
Companies are starting to recognize the challenges caused by ambiguous values and value definitions. To avoid ‘leaving things open to interpretation’, they try to go one step further and define:
“In order for you to live out this value, here is how we behave…”
Articulating behavioral statements around values is incredibly important and can take away some of the ambiguity.
At the same time, this can lead to another dilemma.
If you don’t interculturally validate the words, definitions, and behavioral statements, you will end up with a certain culture’s way of doing things that might not be implementable by local staff or might feel as if one culture is dictating the company culture.
Here is an example of how globally dictated value behaviors result in challenges: We worked with an NGO who tried to manage favoritism and possible abuse of access to resources. They had a policy for locally hired drivers that resulted in drivers quitting their jobs. The policy said that when driving an NGO vehicle, under no circumstances were they allowed to offer rides to non-staff members.
This created a challenging cultural dilemma because access to a vehicle was a huge privilege. One of the drivers resigned after a family conflict because he had to refuse to give his father a ride because of the policy of the NGO.
Another client created behavior statements linked to their value: “Do the right thing”. One of these behavior statements made it impossible to pay for a meal with a client or future client. The company works in many markets where relationships and business deals happen around meals. Client-facing consultants confidentially told us that they were paying for meals out of their own pockets so that they could meet their revenue targets. This way they could still follow local cultural protocols and develop healthy client relationships.

To create values and value behaviors that are interculturally validated, you need to allow the full diversity of the organization to add their voices to the mix. This will result in the Company having interculturally validated values and behaviors that are easier for employees from a wide variety of backgrounds to embrace and act upon. One of the issues to consider is: Who gets involved in defining the values? It is very common that values are defined by people who are more connected to the culture in which the organization was born. It is therefore crucial to recognize that values, definitions, and behavior statements are ‘created in the image of the creator’.
Organizations that have their birthplace in North America or North Western Europe often have a strong Innocence/Guilt (Three Colors of Worldview), ‘Individual Accountability’, ‘Directive Destiny’ and ‘Direct Communication’ (12 Dimensions of Culture) way of looking at the world.
The organization needs to be brave enough to invite all the diversity of the organization to be involved in the process!
To assess how culturally diverse the values and associated behaviors are, we use our Inter-Cultural Intelligence framework. Both the Three Colors of Worldview and 12 Dimensions of Culture allow us to map the cultural preferences embedded in the values, their definitions and possible behavior statements.
Although ‘globalizing the DNA of your organization’ is not an easy task, it is strategically important if you want to engage with global talent, suppliers, clients and markets. Values and value behaviors are a great place to start the process!
In the next article, we will explore how you can create effective interculturally validated behaviors.
Start getting your corporate values interculturally validated today with a free 20-minute cultural consultation.